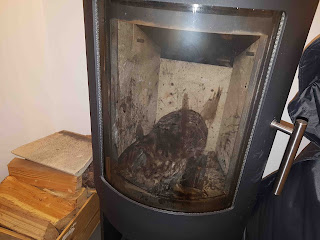 After a weekend away, one surprised house-holder returned to find a Tawny Owl had found its way down the chimney and into the wood-stove. Happily the stove was not lit!

The Tawny Owl was well cared for and released that evening. Although a little dirty, it was otherwise none the worse for its escapade. 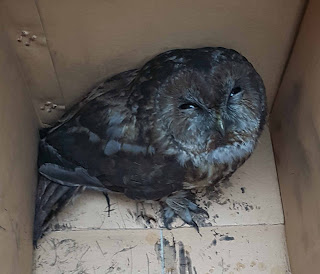 The owl turned out to be a female that had nested in a nearby box last summer, when it had been ringed. Hopefully she will stick to nest boxes in future!

This is the second time in two years that we've encountered a Tawny Owl descending a wood-stove flue.

Posted by Paul the owl man at Wednesday, January 18, 2017 No comments: